A new paper from the ACES team behind the Biopen was recently published in the journal Bioprinting, highlighting a recent development to progress its technology. 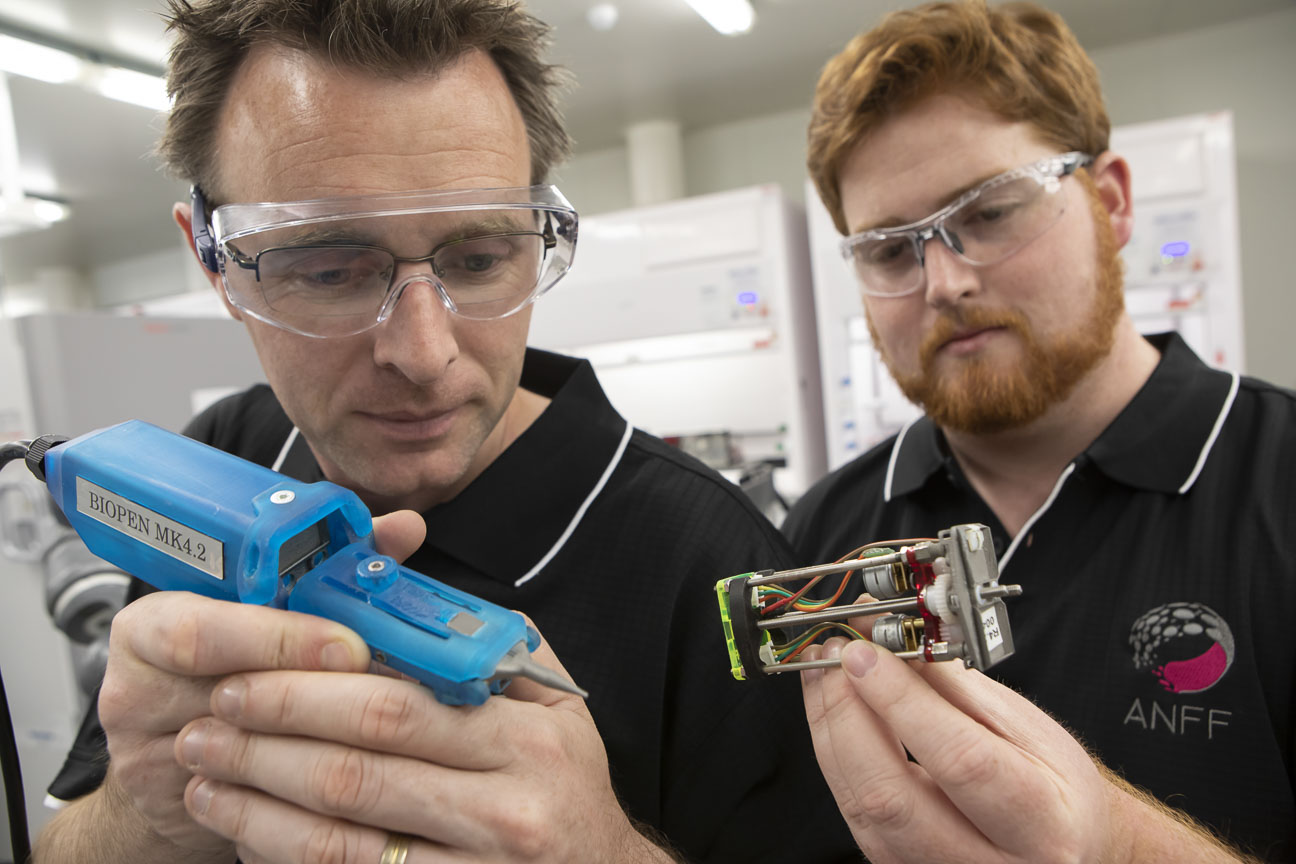 The Biopen (also known as the Axcelda Pen) is a handheld device for surgically printing stem cells into knee defects to repair cartilage. After printing, the team uses blue light to harden (or ‘cure’) the material to fix it in place, a bit like a dental filling. The problem is, the patient’s body heat can quickly liquify the printed bioink, causing it to drip out of the defect before it can be cured.

The paper is a response to this very problem, and the new work outlines the team’s efforts to modify the Biopen by placing an LED focused-light onto the tip of the pen to harden the material immediately as it emerges from the tip.

The research team behind the Biopen and paper comprises of clinical end-users, engineers, material scientists and biologists from ACES and the Translational Research Initiative for Cell Engineering and Printing (TRICEP) at the University of Wollongong (UOW), including ACES and TRICEP Director Prof Gordon Wallace and TRICEP Associate Director A/Prof Stephen Bernie, as well as team members from St Vincent’s Hospital Melbourne, the University of Melbourne and RMIT University.

ACES Director Professor Gordon Wallace said the multidisciplinary team behind the work was key to the Biopen’s continued successful development.

“Progress in these areas can only be achieved through the effective integration of a diverse array of skills. From the insights of clinicians in defining the needs to the scientists and engineers that propose possible approaches back to the clinicians that refine the implementation,” said Prof Wallace.

“Building teams that can function efficiently in a collaborative manner enables fundamental discoveries and accelerates translation.”

Lead author and Postdoctoral Fellow at RMIT University Dr Cathal O’Connell explained how the team was finally able to accomplish this breakthrough. 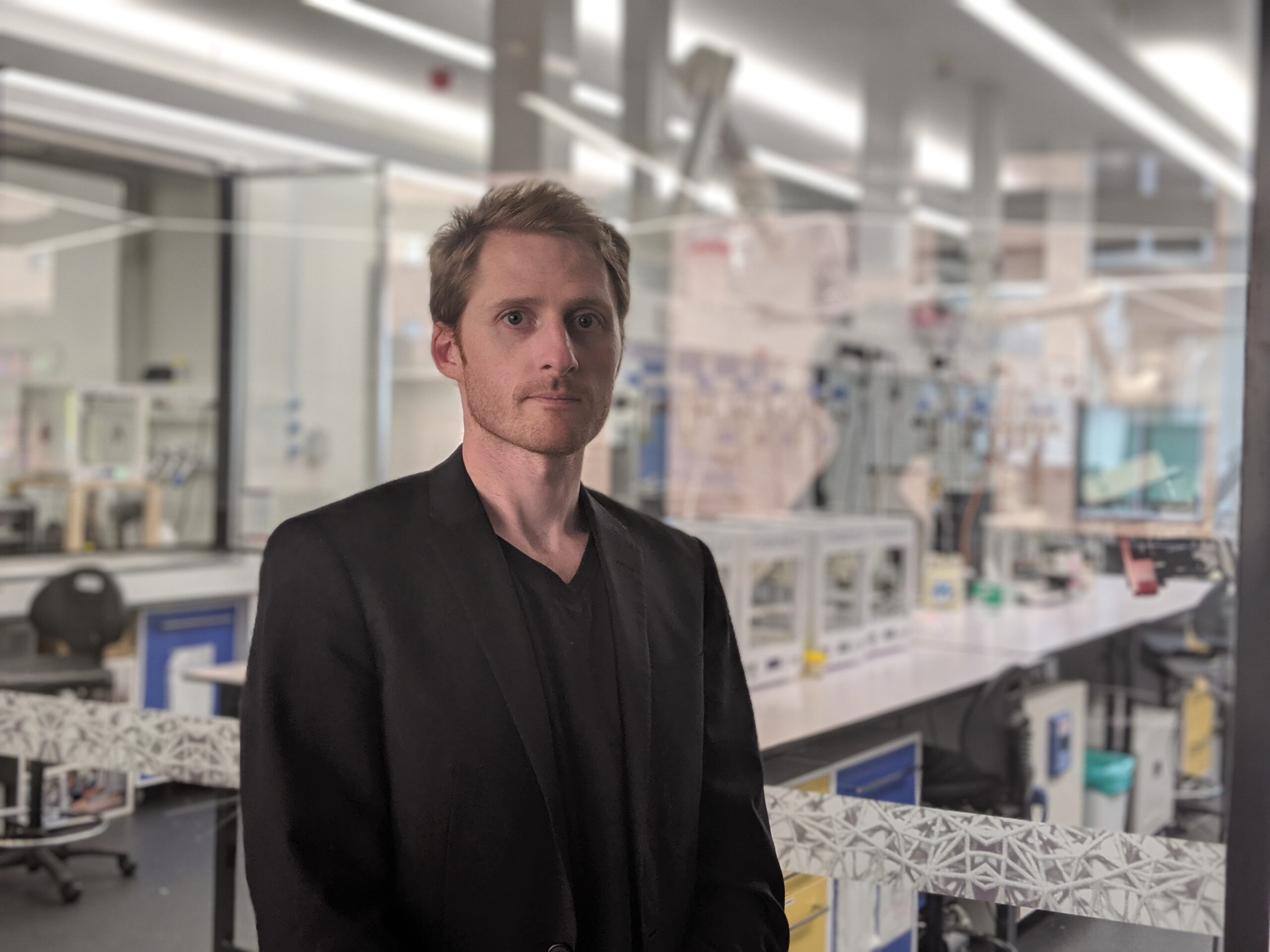 “This new research addresses an idea we’ve had for some time but haven’t been able to execute until now, and that’s to use light to crosslink and cure the hydrogel material, including living cells, just as it is coming out of the nozzle,” said Dr O’Connell.

“Using some materials science know-how, we discovered how to cure the material in less than one second as it emerges from the tip so that during surgery it will be quick enough to set it in place wherever it needs to go.

“To our knowledge, this is the first time such a strategy has been achieved.

“People have been trying to achieve this crosslinking instantaneously for many years, and the fact that we can do it in less than a second really does put us at the forefront of this technology. We should be proud of what we have achieved.”

The next step for this research is to test the pen and its new capabilities in an animal trial, and then progress onto human trials. A trial in a large animal model, funded through the BioMedTech Horizons program, is currently underway.

“It is possible that we will be trailing this strategy on humans within the next two to three years, which would be an ideal outcome,” said Dr O’Connell.

You can also listen to our podcast with Dr Cathal O’Connell here.