Researchers from the ARC Centre of Excellence for Materials Science (ACES) have contributed to a breakthrough in the development of new technologies to treat muscle loss, recently published in Frontier in Chemistry. 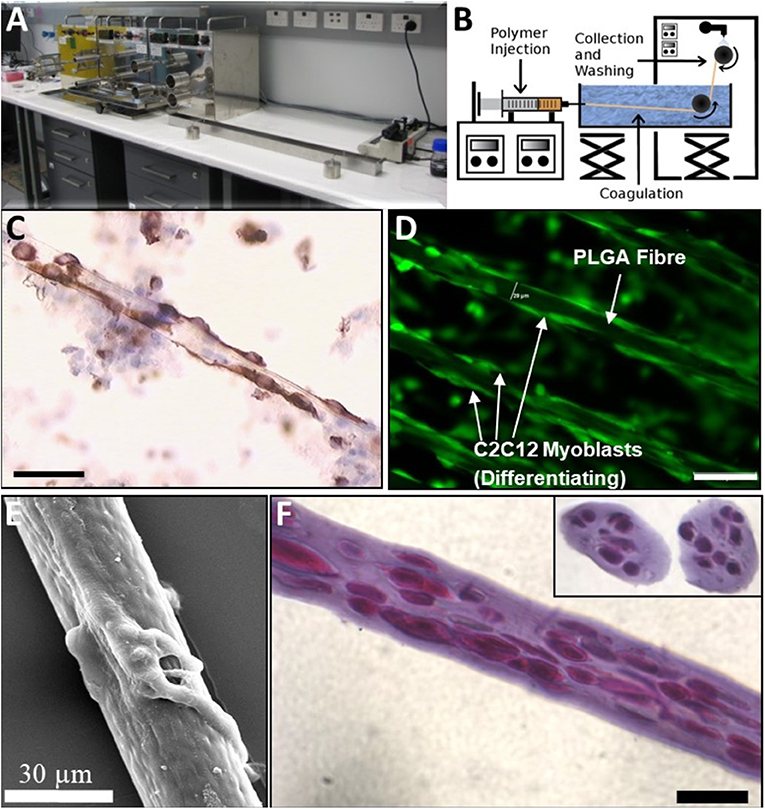 The paper addresses the needs of thousands of Australians suffering from diseases such as muscular dystrophy and muscle loss through trauma by engineering 3D regenerative skeletal muscle tissue constructs (skMTCs). The constructs are composed of biomaterials using hydrogels containing muscle precursor cells (MPCs) for repair.

Current treatments involving the transplantation of muscle cells have failed as they provide no means of localisation.

The research shows a 3D construct is required for this new repair technology to be effective. By creating and assembling fibres containing living muscle cells using as an established method of fabrication and biofabrication (wet-spinning), an innovative solution has been delivered.

“After various studies, we have been able to show how this technology is highly effective in facilitating muscle regeneration and integration,” said ACES Director Prof Gordon Wallace.

“This progress has been enabled by the assembly of individual skills from disparate disciplines into a cohesive research team.

“With the success of this research so far, more detailed larger animal studies are set to follow over a longer period of time for it to then be considered for actual humans.”