ACES researchers investigating zwitterion molecules have designed a family of these unique structures that show promise as electrolyte media, reporting their findings in Nature Materials. 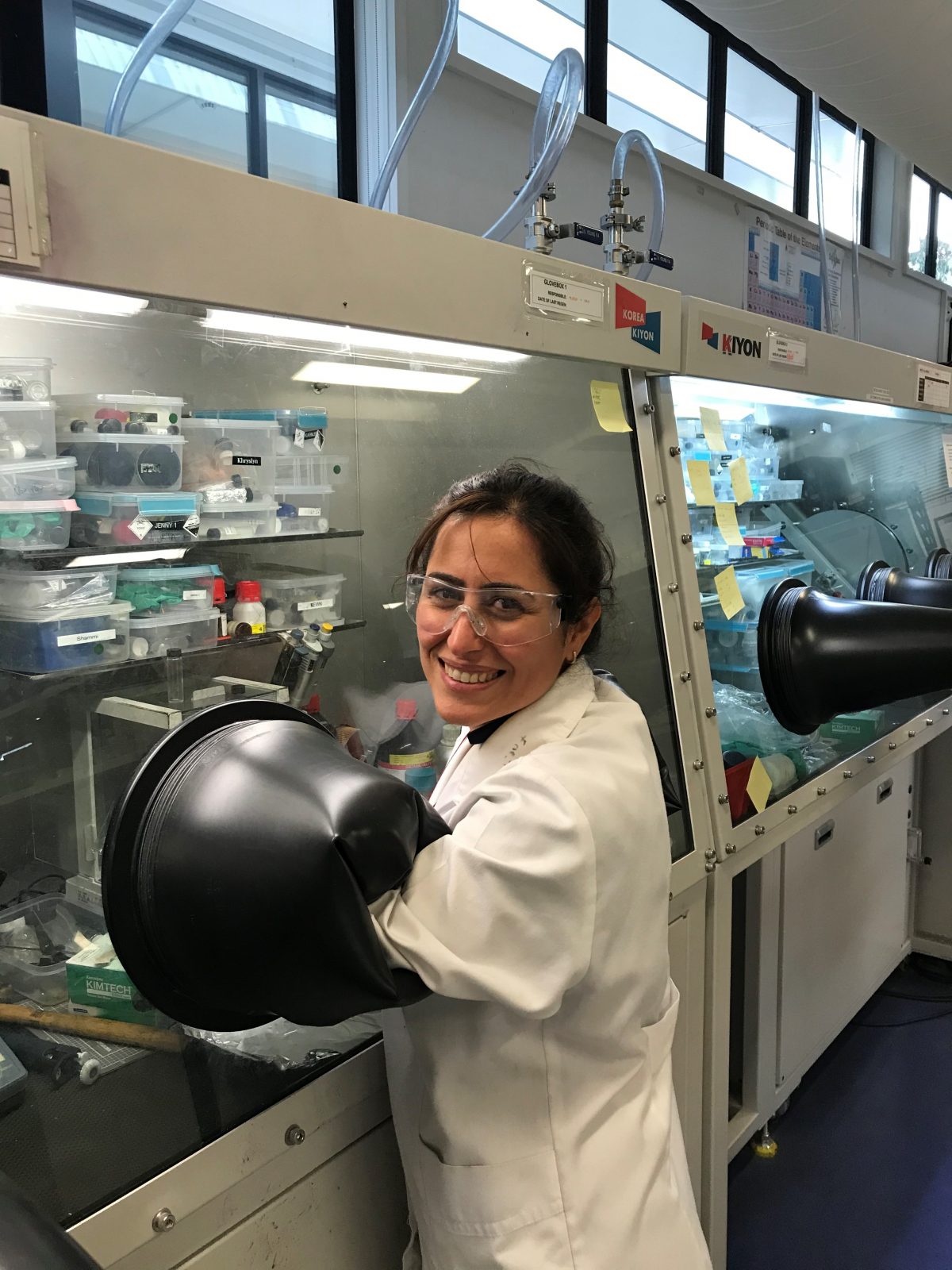 Zwitterions, or inner salts, are molecules that contain both positively and negatively charged functional groups. Previously only used as additives in electrolytes, they have now been shown to have promise as the main component in non-flammable electrolytes for battery applications, as demonstrated by ACES Research Fellow Dr Faezeh Makhlooghi Azad whose field of expertise lies in materials for battery electrolytes.

“We are interested in expanding our knowledge of zwitterions because of their value in meeting the challenges of developing safer non-volatile electrolytes for devices such as lithium metal batteries,” Dr Makhlooghi Azad, the lead author of the Nature Materials paper, said.

“To be able to use zwitterions as electrolyte matrices they must be ionically conductive to target ions such as Li ions. We achieved this by designing zwitterions that exhibit molecular disorder and plasticity.

“Their intrinsic disorder and dynamics will enable the high target ion transport that is needed to support stable lithium metal cell cycling, without sacrificing ionic conductivity, by the addition of high concentrations of lithium salt.”

Lithium (Li) ion batteries are used in portable consumer electronics, such as computers and mobile phones as well as electric or hybrid vehicles. According to Dr Makhlooghiazad, who is based at the Institute for Frontier Materials (IFM) at Deakin University, expansion of the Li ion battery market and its large-scale implications in electric vehicles are hindered by their relatively low energy density and limited safety performance.

“In general, batteries containing traditional liquid organic carbonate-based electrolytes often combust or even explode in undesirable conditions such as when exposed to air, because of the extreme electrolyte flammability. The poor thermal stability of these electrolytes also causes decomposition and reactions with the electrode’s active materials.

“This is why developing novel advanced electrolyte materials is important – they can help ensure the safety and performance of Li metal batteries.”

The paper, Zwitterionic materials with disorder and plasticity and their application as non-volatile solid or liquid electrolytes, can be accessed here.