3D bioprinting is a rapidly evolving landscape and one that is helping push the translational pipeline. With this, however, there are many hurdles to overcome, showing the need and importance to build an appropriate regulatory framework and how to apply it. This is where Tajanka Mladenovska comes in. 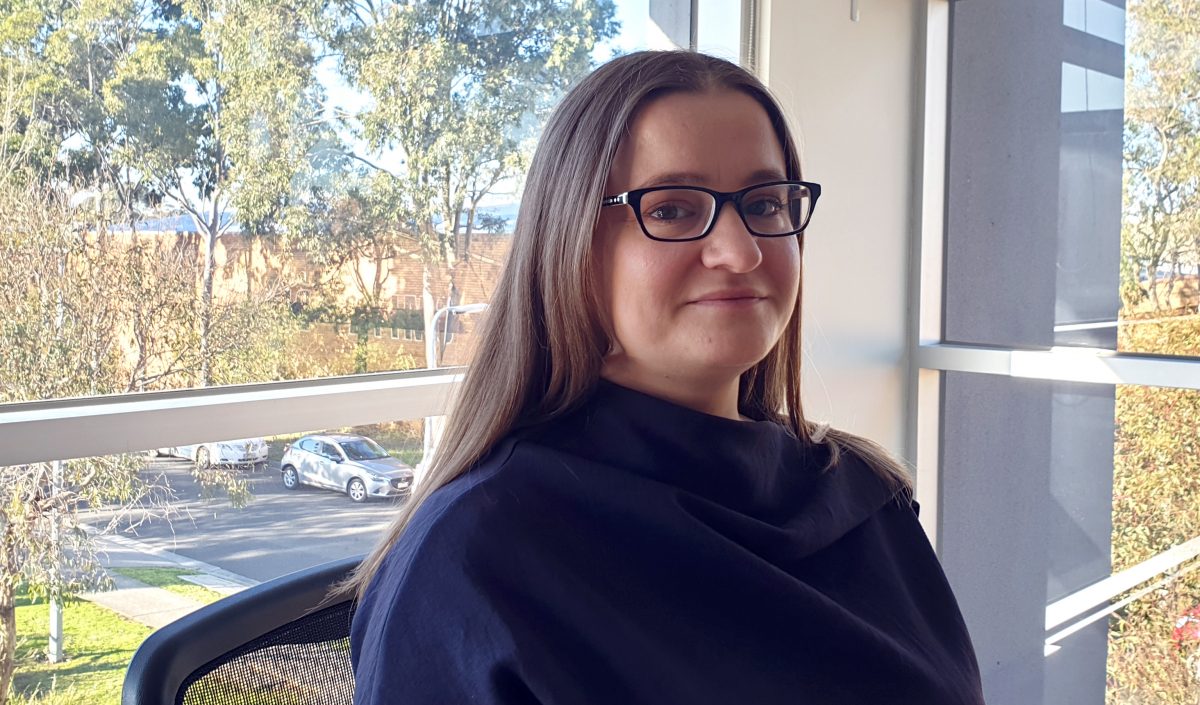 Tajanka, who is currently working as a Senior Regulatory Affairs Consultant at Hydrix, recently submitted a master’s thesis on the regulation of 3D bioprinting at the University of Melbourne, undertaken in partnership with St Vincent’s Hospital and the University of Wollongong. The project was supervised by ACES Collaborator Prof Peter Choong as well as Associate Investigator Dr Cathal O’Connell and ACES Director Prof Gordon Wallace.

To find out more about the topic and her research, we caught up Tajanka for an in-depth interview.

What was your research for your thesis about?

My research was specifically looking at different ways to approach regulation during a 3D bioprinting pre-clinical research translation program.

The aims of the project were to identify and highlight the challenges of regulating 3D bioprinting technologies, and to develop an approach and the relevant tools that researchers could use for integrating regulatory considerations into the development pipeline for a 3D bioprinting device.

To illustrate how this approach would work, I shadowed the Axcelda Pen project (previously known as the Biopen Project), for several years through its research translation journey. Specifically, through the lens of following and analysing several published studies from that period, I was looking for significant areas of commonly missed opportunities to consider and potentially integrate any suitable regulatory requirements into the initial academic study design, or to modify an existing study design to accommodate them, as appropriate.

As a result, I was then able to adapt and incorporate some regulation-centric tools to help researchers either bridge the gap, or at least be aware of it. The idea being that doing so could lead to better designed and more efficient studies with a higher probability of successful translation into a commercial product.

By using the Axcelda project example, this work demonstrated that an analysis and application of selected regulatory requirements during the pre-clinical stage helped enable a more detailed regulatory classification strategy, better biocompatibility integration, initial critical ingredient identification, safety profiling and risk considerations, support of specific testing and initial technical documentation development. All of the activities undertaken and the generated resulting documentation, go some way towards approaching and supporting the specific relevant essential principles and regulatory compliance.

The best part is that this approach (and general tools or templates) to include regulatory considerations can be applied and of benefit to any academic experimental design plan for a medical device.

How has your background and previous studies in health helped with the project?

The biggest help was actually having experience and exposure to ‘both sides of the coin’ as it were.

As an experienced Regulatory Consultant, with over 10 years of working with medical devices and medical technologies, it was the breadth of my various regulatory work experience, in complement to my academic interests, that has really given me the in-depth understanding and scope to tackle something like this issue and to develop some tools to help researchers bridge the translation gap.

Like many graduates, I initially started off in academic research, but subsequently went into government work and followed that path all the way through to the other side – where I now work in the private sector. I have worked for the Australian Medical Association, the Australian National Health and Medical Research Council, the Therapeutic Goods Administration (or TGA) and now, Hydrix – an engineering consultancy firm that helps clients commercialise novel medical technologies.

As a result, I have working experience in biomedical research, conformity assessment and technical evaluation of high-risk medical devices, biocompatibility, therapeutics, research translation and regulatory health policy. I also have past clinical experience in IVF and Cell Biology, which further helps me understand the nuances of 3D bioprinting with live cells.

I also continued to study throughout, with a special interest in both regulation of medical devices (the main research subject of my second Master Degree at the University of Sydney) and in biomaterials and the commercialisation of 3D bioprinting leading me to take on my latest, third Masters Degree, with the University of Melbourne and St Vincent’s Hospital.

ACES Collaborator Prof Peter Choong, as well as ACES Associate Investigator Dr Cathal O’Connell and ACES Director Prof Gordon Wallace, were supervisors on the project. How did those connections come about?

It was a happy coincidence. I had just watched Prof Peter Choong speak about the collaborative work they were undertaking with ACES on the Biopen project during a Biotechnology Conference I attended a few years back. Afterwards, we got to talking about the challenges of commercialising 3D bioprinting in what, at the time, was quite an uncertain and unregulated space. He then introduced me to Prof Gordon Wallace and Dr Cathal O’Connell, who invited me over to visit ACES and Centre in Wollongong. The rest is, as they say, history.

Could you explain the importance to build regulatory framework into this research?

First of all, it’s important to understand the current regulatory framework itself before we can develop tools to apply it. The regulatory challenges around 3D bioprinting are critical to the maturation of bioprinting technology, and have previously been flagged by various stakeholders as a significant barrier to the translation from research into clinical practice to date. We also know that 3D bioprinting has presented a major challenge for regulators themselves as the current regulatory frameworks are designed for mass manufactured, standardised medical devices, and what used to be a separate pathway for biologicals. As such, the existing regulatory framework, and associated assessments, were not well suited to 3D bioprinted, individual-specific devices, that use the patient’s own cells, and there was some degree of uncertainty as to how such products would be treated.

Therefore, when approaching research translation, it is important to already have the well-defined ‘boxes’ we can understand and tick off before beginning to apply them in our academic work. There is no point in applying a regulatory framework to a research project if we don’t even know what that regulatory framework or specific TGA pathway is going to be. Likewise, if we don’t have certainty around how a regulator (such as the TGA for example) is going to treat 3D bioprinted devices in the first place, then we won’t know if that regulatory assessment is going to be uniform and transferrable, or at least partially recognised in other markets.

From there, the secondary benefits to a research translation project are potential savings in time and money and reducing the very real risks of failure.

In quite simplistic terms, as previously stated, the more regulatory boxes we can identify and possibly tick off earlier into the research design and translation process, the more likely we are to end up with better designed, faster and more efficient studies (from a regulatory perspective), thus increasing the potential for successful translation into a commercial product. We can also design or modify studies around these boxes, where the data generated would potentially strengthen or fill in some of the gaps.

By doing this very early, we can refine existing studies, reduce ‘research waste’, better target follow-up studies and have a strategy that will ultimately be saving both time and money, thus making the research product more attractive to not only grant committees but to investors and various other entities that will ultimately be the ones to undertake the commercialisation work.

What do you think the future for this is with 3D bioprinting constantly evolving?

The applications and, quite frankly, the general appetite for this type of technology is growing exponentially. The sheer volume of 3D bioprinting research undertaken today, compared to even five years ago, speaks for itself. Furthermore, there is now more emphasis on research translation in academia, than ever before. As a result, from around 2017 to now, we have finally seen a period of very proactive Government consultation and subsequent regulatory changes, both here in Australia and overseas. Several companies throughout the globe (in partnership with various Universities or research institutes) have been attempting to commercialise 3D bioprinting and associated technologies, often with mixed results.

In Australia, the Therapeutic Goods Administration has closely worked and consulted with industry to try and predict where this novel technology is going to go and what the 3D printing and 3D bioprinting industry needs to thrive and do so safely, in terms of both manufacturing and clinical applications. As a result, we are now at the forefront with both proposed legislative and regulatory changes to allow for easier, more focused assessment of combination devices such as those created by 3D bioprinting.

I think that, globally, we are standing at a regulatory precipice where the constant and very rapid growth in the 3D Bioprinting field, and the subsequent influx of 3D bioprinted devices will push traditional regulatory frameworks into a forced evolution of sorts, to better deal with these types of products and manufacturing methods. The last few years have already proven that, despite all the barriers, existing frameworks do in fact have the capacity to adapt, and to not only assess these types of novel technologies right now, but to provide a dedicated global regulatory pathway to market entry for the future.

Thanks for your time, Tajanka – and great work!

Prof Gordon Wallace: The Sutrode – using #graphene to eavesdrop on the neural system