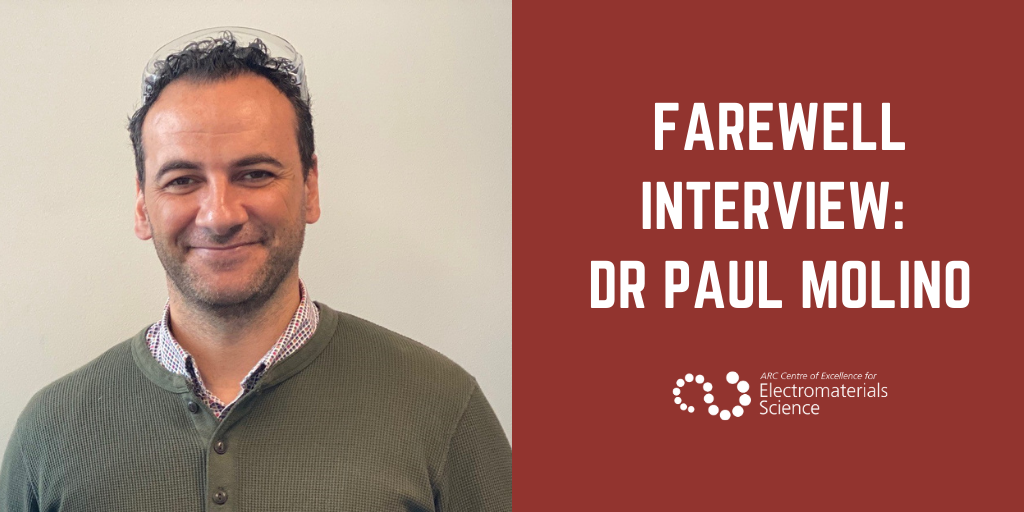 Before leaving the country, we caught up with Paul to reflect on his time working broadly on biomaterials, and to hear about some of his most cherished memories.

I’ve been involved in many different projects and research areas during my time at ACES and IPRI.

My initial focus was on understanding how proteins and mammalian cells interface with different biomaterials, and how the biomaterial properties can be used to tailor and control these interactions. I went on to continue this work throughout my time here, including the development of new biomaterials for testing.

I also was able to bring some of my original research focus from my PhD to the institute, which was developing materials and coatings to prevent biological fouling. This work allowed me to develop new materials and coatings to prevent the adsorption of organic material, cells and micro-organisms, such as bacteria, for a diverse variety of applications, including anything from biomaterials for implantation into the body, all the way to the coating that goes onto the hull of a ship.

What’s been your biggest highlight or achievement?

I’m not sure I have a single biggest highlight or achievement. Science can best be described as a marathon, rather than a sprint, so you have to enjoy the journey, as well as the big achievements that come to fruition after all the hard work.

I have particularly enjoyed mentoring the younger researchers within the institute, watching them grow into their projects and develop to be excellent young scientists.

I have also enjoyed developing and working with many academic and industry collaborators during my time at UOW, having developed some strong collaborative projects that have generated some excellent outcomes. I look forward to continuing with these collaborations into the future.

In terms of the research specifically, I was excited by some of the work we undertook on using microgravimetric approaches to understanding the nature of protein binding to organic conducting polymer biomaterials. This work allowed us to develop a model of protein binding as a function of the polymer nanostructure and redox state, helping to understand how these materials can be tailored to control these events.  Also the work we undertook on developing surface functionalised silica nanoparticles and conducting polymer biomaterials to prevent non-specific protein adsorption, and microbial fouling, has been an exciting project through which we have developed some exciting new nanomaterials that have potential use as materials and coatings for a range of applications.

Obviously the people. Hopefully, we can remain in contact through the development of some collaborative projects in the future.

I will be moving to Yokohama, Japan, where I will be seeking out opportunities in the university sector.

Thanks, Paul – and all the best.