ACES and University of Wollongong (UOW) PhD student Inseong Cho’s recent work on electron transfer has been published in the Journal of the American Chemical Society. 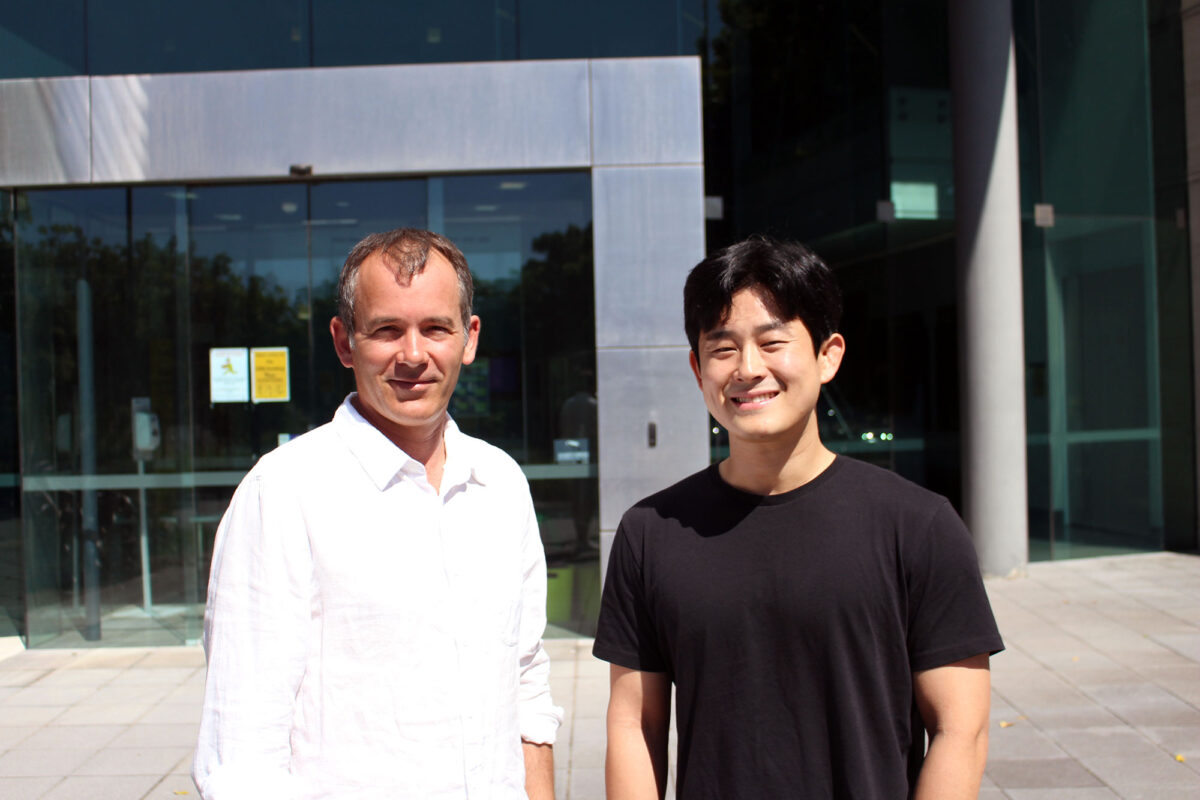 The new paper highlights the incredible advantages of using different types of shuttles to capture electricity to power devices outside cells.

We caught up with Inseong for a chat about the research to find out more.

Can you explain what your area of research is?

I found explaining my work has always been the most challenging part throughout my PhD especially to those who are specialised in different fields and use different terminologies. But to sum it up, this work is about the selective electron transfer behaviour of redox molecules, and suggests a new way to design redox species for energy conversion applications.

You may then ask; ‘what are electron transfer and redox molecules?’

An electron is a sub-atomic particle with a negative electrical charge, hence electron transfer literally means a transfer of particles having electricity from one substance to another. When it comes to ‘inter-molecular’ electron transfer, it happens between at least two different molecules and the electron-donor and acceptor molecules are called redox molecules. Electron transfer is one of the fundamental steps in almost every energy-conversion or storage system, such as batteries, solar cells, sensors, or even photosynthesis in nature. It is important to understand the behaviours of redox species employed in such systems. Furthermore, employing redox species that enhance the rate of necessary electron transfer and simultaneously slow down the rate of unwanted electron transfer steps to minimise energy loss is key when developing practical devices.

So my job is to question and answer ‘what happens?’ with the redox molecules in those systems so that helping out people to design better devices based on understanding and findings of the molecules. 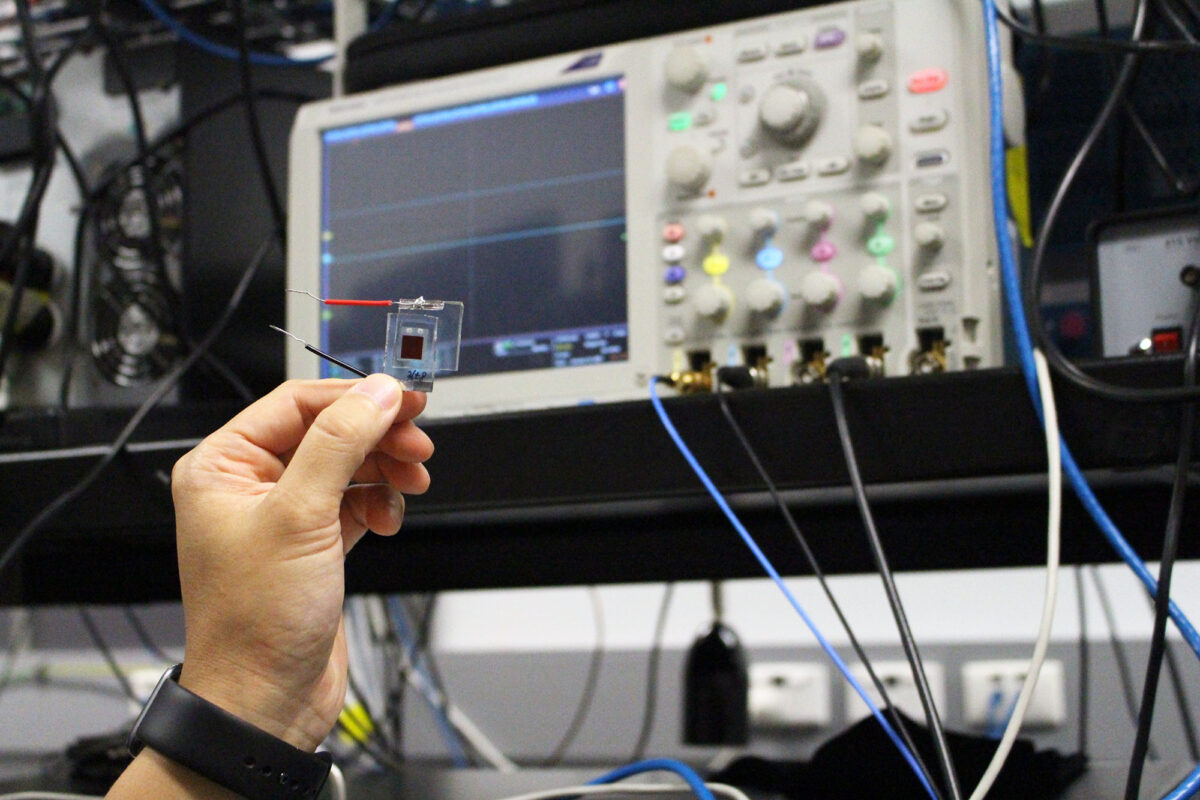 Can you tell us more about this specific work that has been published?

This work suggests a way of designing mixed-redox electrolytes that selectively interact with different substrates.

Why mixed electrolytes? People like mixing things and because it is often difficult to find a single component that meets all the requirements of a system. This is like mixing different ingredients into a single meal for your nutrition intake of carbs, proteins, fats, vitamins and so on. In energy conversion and storage devices, people use mixed redox molecules in electrolytes to meet various requirements such as solubility, redox potential (energy level where the electron is removed or added to a molecule), and chemical stability. However, studies on the effects of molecular structures in mixed-electrolyte systems are scarce, and therefore, the designs of such systems are limited.

Secondly, by exploiting intermolecular interactions between donor and acceptor molecules, the redox species exhibit selective behaviours to different substrates. This suggests that the rate of electron transfer can be enhanced at a site where it needs to be fast and simultaneously blocked at another site where it is required to be slow.

We believe this concept will be useful in developing some practical energy conversion devices which consist of multiple substrates of electron transfer.

How did it come about?

In the beginning, some simple questions initiated the research, such as ‘would a faster component dominate electron transfer if we mix different components in an electrolyte system?’ and ‘to what extent do the structural changes on redox molecules influence electron transfer behaviour of the mixed-redox electrolytes?’

So we mixed different components in an electrolyte system and observed what happened. But of course, we did not mix just random things. The mixed electrolytes and the substrates employed in this work were designed based on the knowledge we obtained from the work we previously reported. For example, we already knew how to design molecules with a big structural difference while keeping their redox potentials unchanged. Experimental work was done quickly because the way that samples are fabricated and characterised has been well established throughout my PhD.

However, the most challenging parts were explaining the behaviours we observed and figuring out what are the main messages to the fields of research. So we spent time establishing models to explain the behaviours as well as to figure out their practical meaning to the field for more than the time we spent measuring samples.

In the end, one of our collaborators, who is working on the application side of things, liked the key idea of this work so that he said he would consider applying the idea into his research. I think that was when we became more confident about this work and thought some people may also like the idea – and it worked. 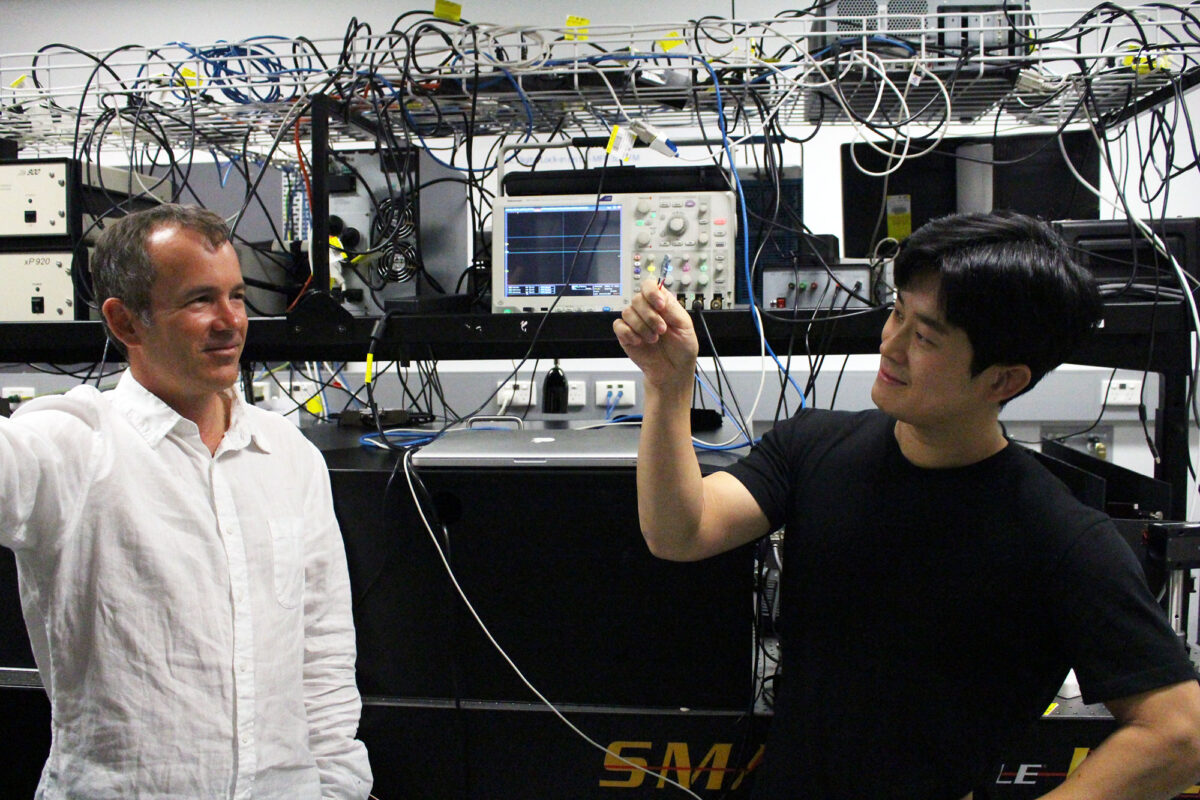 What is the future implication for this research?

I hope it will stimulate fundamental studies on electron transfer for not only mono-electrolyte component systems but also more complex multi-electrolyte systems in chemistry, physics, and biology.

As a follow-up study, various types of intermolecular interactions can be tested for electron transfer at interfaces functionalised with different molecules. From a practical point of view, the idea presented in this work will be useful for those technologies where simultaneous control of electron transfer rate at different interfaces is required. A multi-step photocatalysis consists of multiple catalytic interfaces, sensors (chemical or bio) selectively reacting to different species, solar cells, and membrane-free redox flow batteries are examples of its potential applications.

That all sounds very interesting. Thanks for your time, Inseong and well done on this work and the publication.