If it wasn’t for a career in science, former ACES affiliate student Long Zhang may have been living in the countryside planting vegetables and feeding livestock. But it turns out Long made the right choice and has gone on to succeed in his field, completing at PhD, winning awards and, most recently, progressing to become a post-doctoral research associate at the University of New South Wales (UNSW). 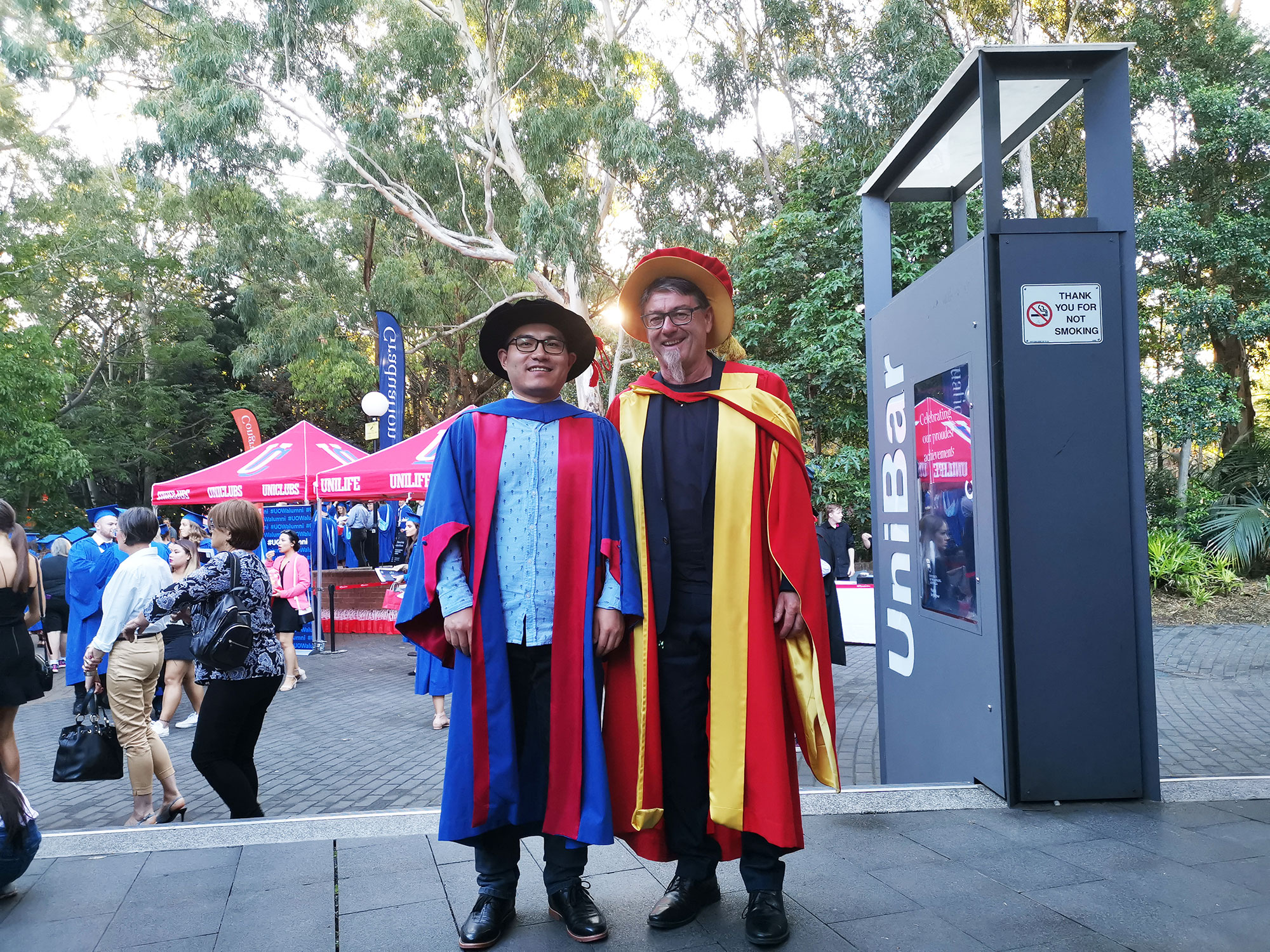 Before undertaking his new position, Long spent a number of years at the University of Wollongong (UOW) and the Intelligent Polymer Institute (IPRI) to complete his PhD. Now a few months removed, we caught up with him to reflect on his time here as an ACES affiliate and to see what his new role has him doing.

When did you leave IPRI?

Who did you work with whilst you were here?

I worked under the supervision of Prof Gordon Wallace and Dr Simone Ciampi.

What was your area of research for your PhD when you were ACES affiliate student at UOW and IPRI.?

My research was aimed at exploring the effects of electric fields on chemical reactions – in particular, the influence on the rate and equilibrium of chemical reactions. Moreover, I studied their kinetic and thermodynamic parameters with the aid of simulations and computation.

My research was kind of like a fundamental investigation of physical chemistry, electrochemistry, and surface chemistry. I was also actively involved in various electromaterial science projects as an ACES affiliate.

You won an award for outstanding academic accomplishments at the 2018 Chinese Government Awards. What did winning that award mean to you?

As there are only 500 winners for the Chinese Government Award each year all around the world, it was a great honour for me to receive and has certainly helped my academic career. What’s more, the Chinese government strongly supports these winners if they go back to China and help them in seeking academic positions in the future.

What advice would you give to fellow students who are aiming to achieve such outstanding academic accomplishments in the area of materials science?

I’d suggest that new PhD students aim to develop the abilities of self-solving problems, independently thinking and collaborating with others – and that goes for not just to those majoring in materials science, but all students. I also think two plans should be proposed before one is starting to do a project, so if the first fails then there is something to fall back on.

What’s was your favourite part about working here and what do you miss most?

I miss the working environment most. The advanced and fully-equipped facilities at ACES, IPRI and UOW are really amazing, and the people are so hospitable. I was able to talk with different scholars working in different fields every day, which helped broaden my scientific horizon. It was great.

If you weren’t doing this job for a living, what do you think you would you be doing?

I will probably go run a small business, like a food stand in the street, or maybe plant some vegetables and feed some livestock in a tranquil countryside area. That would be nice.

You’ve gone on to work as a post-doctoral research associate at UNSW. What does your work now involve?

As a post-doctor, I’ve been strengthening my abilities as an early researcher and am learning what I need to do to become a principal investigator as well as how to build a team. I’m actually also undertaking a new project different from the others that I’ve done before, which is a new challenge. Adding to that, I’m mentoring a few PhD students.

Thanks for your time, Long – and all the best in the future.