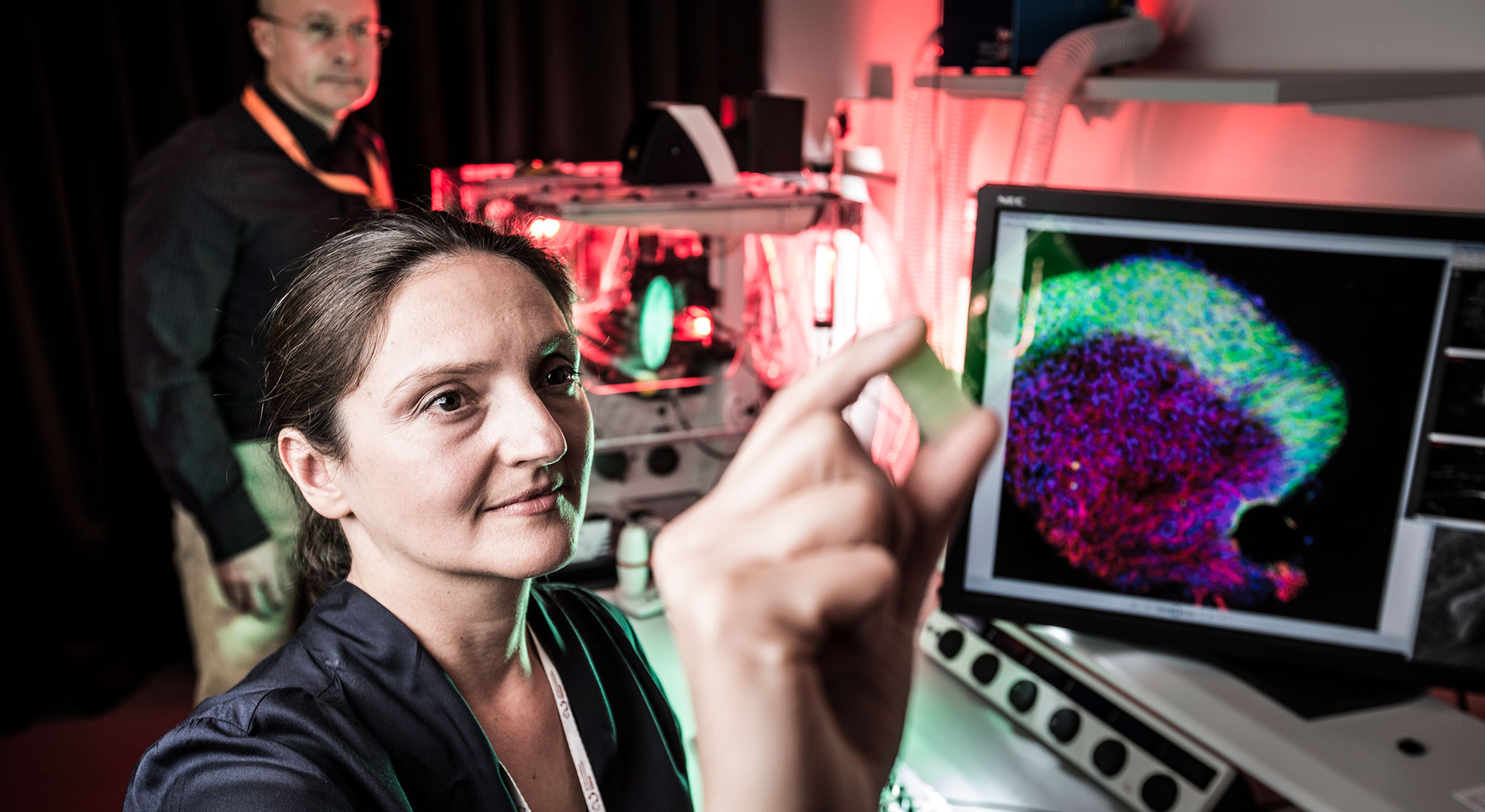 Their collective findings, as described by Prof Crook, have yet to be proven and published until now, showing that electrifying stem cells can accelerate the development of 3D brain-like tissue.

The paper published in Advanced Healthcare Materials highlights research and the use of technologies developed at ACES’ University of Wollongong (UOW) node in collaboration with the University of Auckland (UOA) and Tampere University of Technology (TUT).

To understand more about the paper and its ground-breaking findings, we caught up with Prof Crook for further explanation.

Your recent paper on 3D electrostimulation for 3D human neural tissue engineering was recently published in Advanced Healthcare Materials. Congratulations! Can you explain to us a bit more about it and the research findings it looks into?

The paper builds on our work at the University of Wollongong (UOW) and ACES in electroceuticals and neuro-regenerative medicine by describing our use of electricity to produce living three-dimensional (3D) human neural tissues in the laboratory. The approach captures the imagination by echoing Frankenstein’s use of electricity to enliven tissue albeit a real-life account of exciting brand-new tissues for beneficial applications. It’s also founded on the fact that our bodies are naturally bioelectric, with organs and component tissues operating electrically for normal physiological function, including during development and healing following injury.

As a world-first, we have shown that by electrifying human neural stem cells in 3D we can accelerate their development to more specialised and functionally interconnected cells forming 3D brain-like tissue. Our pioneering approach brings together several cutting-edge technologies developed here at the University of Wollongong (UOW) and The University of Auckland (UOA), including a novel method of engineering 3D human neural tissues from neural stem cells and an electrically conductive biogel, as well as an array of 3D printed microelectrodes. By interfacing the former with the latter, we’ve not only demonstrated the ability to sustain and electrically stimulate stem cells in 3D but also accelerate their differentiation into excitable nerve cells with specialised connections and increased drug responsiveness.

The electrified tissues therefore display properties that are indicative of being more mature and more excitable than tissues generated without electrification.  We’ve developed something that is truly ground-breaking and that could be applied to engineering other tissue types for research and medicine. 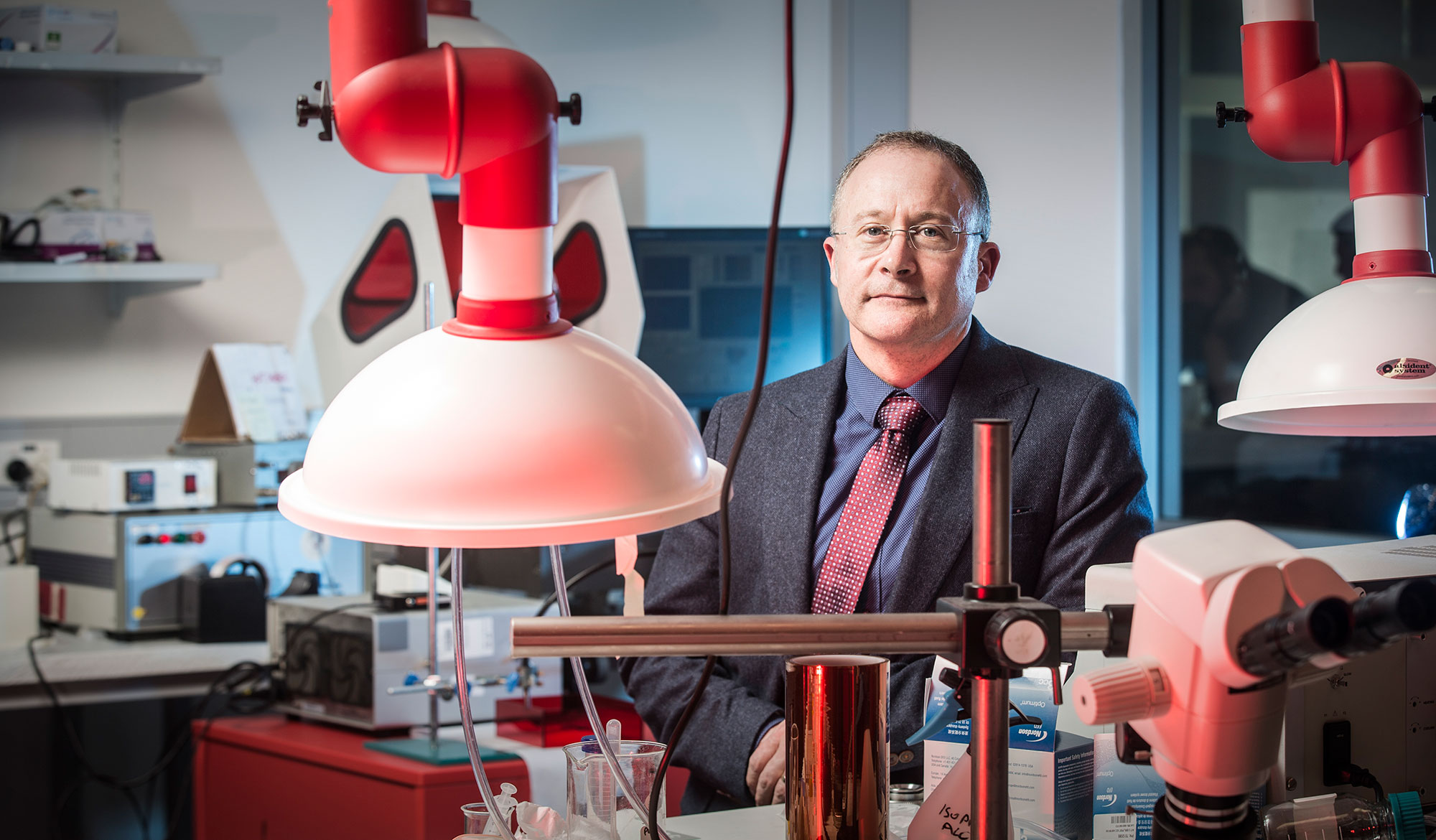 What do you think is the next step for this research to progress even further, and how can it now be translated for greater good?

Among other things, we want to test the platform for generating other neural and non-neural tissues from more accessible and clinically amenable stem cell types. We believe the platform will be broadly useful for both research and translation, including modelling tissue development, function, dysfunction, and pharmaceuticals responsivity, as well as electroceuticals and regenerative medicine.

In regards to electroceuticals, our findings are informing the development of even more advanced next generation systems for in vivo (within the body) tissue stimulation for regenerative medicine and pharmaceuticals augmentation.

In time to come, our work could reasonably be expected to abet the treatment of a multitude of conditions including neurological disorders such as epilepsy, schizophrenia, Parkinson’s disease to name a few, as well as tackling the current shortage of donor tissues for vital replacement therapies following trauma and disease.

You’ve explained this to be a world-first, why is this only now being properly documented in a scientific journal and can you explain the impact this will have?

Therefore, whilst timely in that through collaboration between a multi-disciplinary team of experts we were able to rapidly realise our vision and publish our findings, the achievement was underlain by seemingly disparate and longer standing accomplishments.

You probably can’t speak on it too much just yet, but you’re also hoping to get on the actual cover of the journal. Can you give us a brief explanation of the cover concept?

I prepared the cover concept myself, which portrays our innovative research and discovery in the brave-new-world of neural tissue engineering, brain modelling, and electroceuticals. It also reflects the current drive globally towards a new-age of electricity with electrification of transport, utilities and industry. As car companies engineer electric cars for the transport sector, we aim to engineer electric tissues for research and in the longer term medicine.