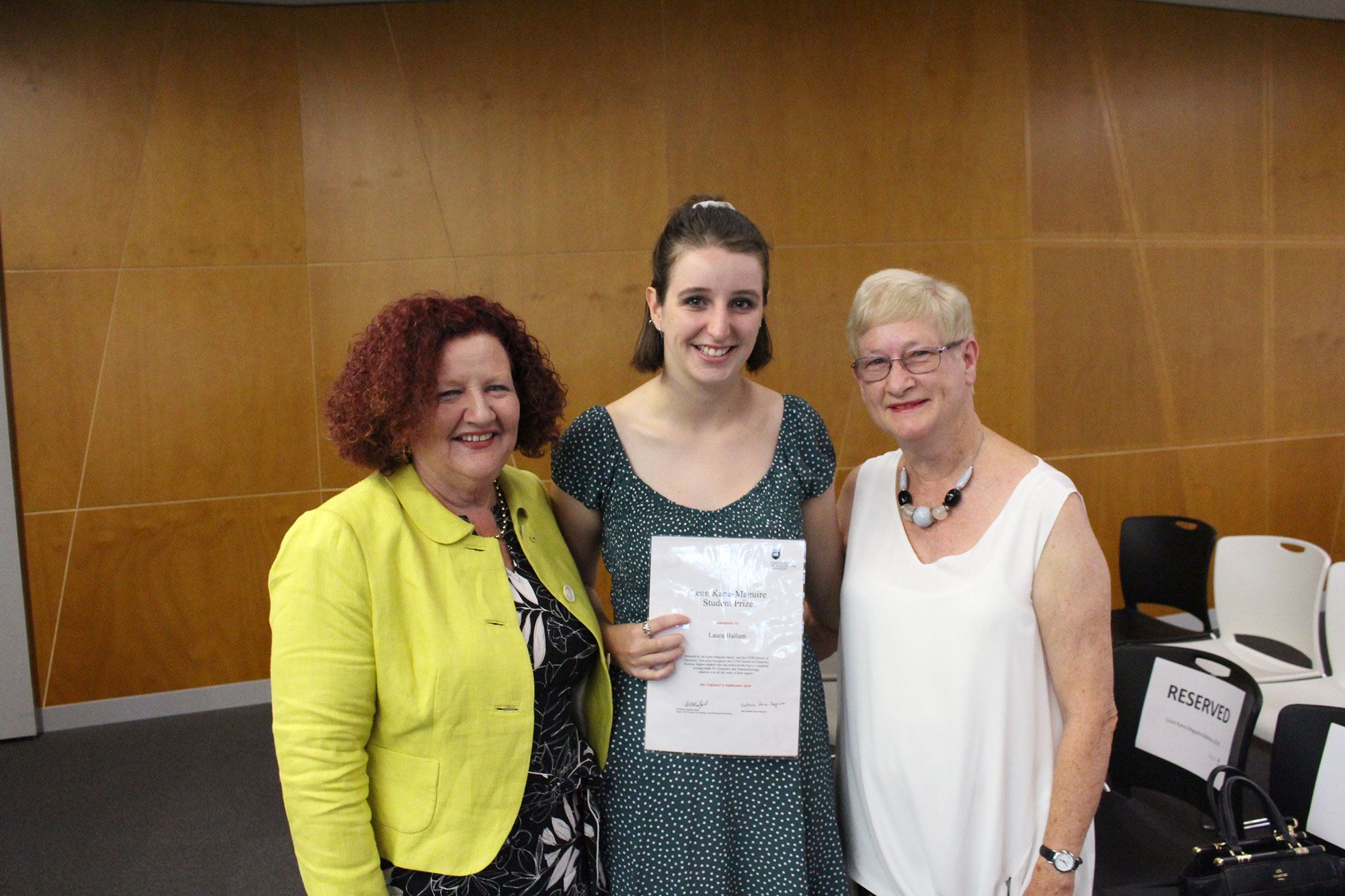 Leon was a leading scientist, not only at the University of Wollongong (UOW) where he was made an Emeritus Professor in 2010, but also in the country. He greatly contributed to scientific research, the building of research teams and science communication, while playing a major role in mentoring the next generation of students in the field. Leon passed away in 2011.

Each year, the highest achieving Honours degree student at the University of Wollongong’s School of Chemistry is recognised at the address with an award donated by the Kane-Maguire family. This year’s award went to recent UOW Medicinal Chemistry student, Laura Hallem, who is now set to undertake a graduate position at Australia’s Nuclear Science and Technology Organisation (ANSTO), with hopes to go on and work in the field of radiopharmaceuticals.

The Leon Kane-Maguire Address also saw Queensland University of Technology (QUT) Vice-Chancellor Margaret Sheil give an insightful presentation on mentors and metrics, speaking on the role and evolution of such in Australian higher education. Margaret’s speech was followed with a number of questions from those in attendance regarding her topic before Laura was presented with the 2019 Leon Kane-Maguire Student Prize by Leon’s wife Barbera Kane-Maguire.

You can read more about Laura Hallem and her future plans here.