ABC aired the latest episode of their series Catalyst this week, titled ‘Bionic Revolution’. The episode features ACES researchers Prof Gordon Wallace and A/Prof Jeremy Crook, who share some of the ground-breaking research and work being conducted by our team. 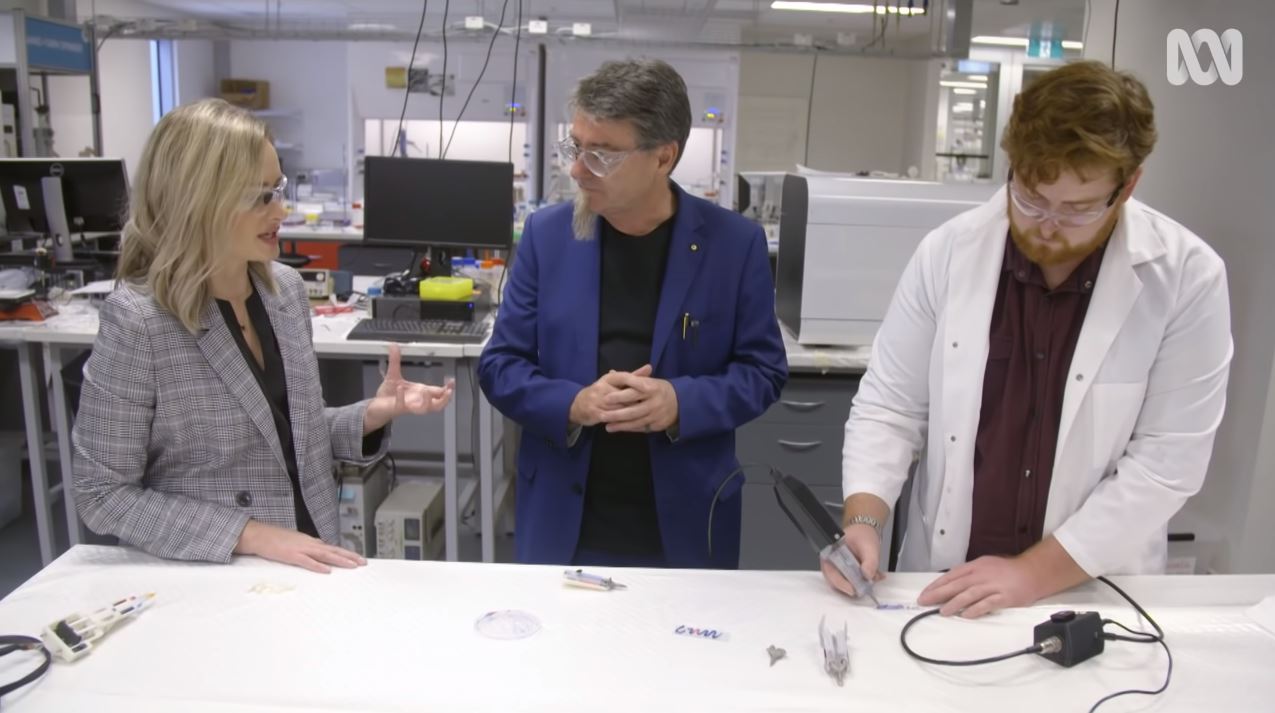 In the episode, Dr Nikki Stamp visits ACES headquarters in Wollongong to meet the team and take a closer look at the 3D printing capabilities and devices being developed, including the Biopen and the iFix Pen, and see first-hand our research into cell regeneration.

Catalyst is a series by ABC that explores science in Australia and around the world, presenting how it affects our lives. Also discussed throughout the episode is robotic hands – a fascinating area where technology and bionics are taking great leaps forward.

Watch the full Bionic Revolution episode of Catalyst below or via ABC iview.