UOW’s Professor Gordon Wallace will ditch the lab coat and don the lycra in an attempt to cycle the distance across Australia during September, to raise funds for new 3D printing equipment. 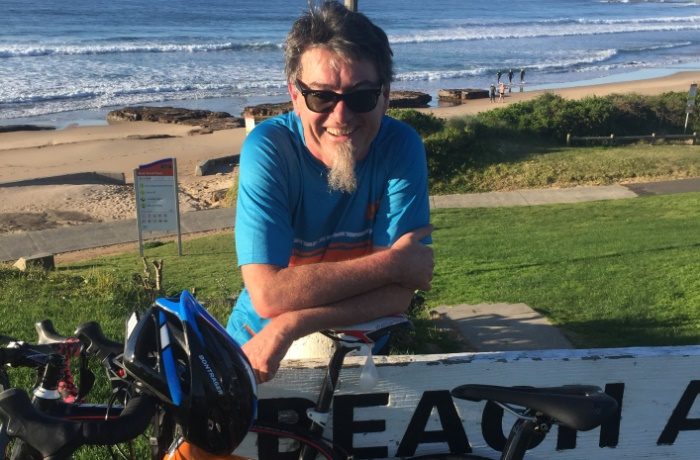 Luckily for Gordon, he has help. He’s part of a team of five scientists from three Universities who are collectively aiming to raise $10,000 in the Great Southern Crossing initiative for the development of specialised 3D BioPrinting equipment to be used in a cartilage-regeneration program.

If successful in their fundraising efforts, the team will be able to develop two new BioPens, handheld 3D printers with the potential to treat cartilage injuries with living cells and growth factors during surgery.

One BioPen will be used in the BioFab3D@ACMD facility, a brand new joint venture between UOW, The University of Melbourne, RMIT University, Swinburne University and St Vincent’s Hospital Melbourne. The other BioPen will stay in Wollongong to be used to develop new bio-materials for the program.

Gordon said the cycling scientists will ride a combined 5,200km which is the ‘Great Southern Crossing’ along the coast from Brisbane to Perth.

“Luckily I have a crack team of cyclists with me. I have a very fast bike but I am a very slow rider,” said Gordon.

Riders will cycle locally recording individual distances in order for the team to reach the grand total.

To donate, look for the 3D Printers team at www.greatsoutherncrossing.com