“Put a few stitches in her, mate,” builder and father of three Peter Beames told the Doctor attending to his bloodied calf, “I’ve got a concreter coming in half an hour”.

Peter was using a nine inch angle grinder on a building site when the blade shattered and “tore into his leg”. It would take multiple skin grafts and many weeks of recovery before he would get back to work and his livelihood. He remembers it as a “pretty stressful time”.

Twenty five years later you can still see where the blade bit into his calf, taking a palm-sized section of muscle and damaging his nerves.

Peter is just the kind of guy who could have benefitted from an implant being pursued by ACES to promote the growth of functional muscle tissue that is lost due to injury or disease.

Researchers plan to design a device that can be implanted at the site of injury, controlled remotely, use the patient’s own cells to stimulate the growth of muscle, and when its mission is complete, dissolve harmlessly into the blood stream.

Such a device might have fast tracked Peter’s recovery and had him back at work sooner.

To get to this point, ACES researchers are working on each individual piece of the puzzle. Just this month, Dr Dorna Esrafilzadeh published a paper in Advanced Functional Materials, highlighted in MaterialsViews. The work described the development of conducting bio fibers that harness the amazing properties of graphene for use in a fiber electrode—critical components in the final device.

“Graphene has some amazing properties, such as electronic stability, biocompatibility, biodegradability and its ability to be processed into three dimensional flexible structures which can be used to provide electrical stimulation to promote the regeneration of cells,” Dr Esrafilzadeh said.

“My research identified a new pathway for making biodegradable conducting electrodes harnessing the properties of graphene for use in this kind of biomedical device and others,” she said.

The novel aspects of the research include:

“At the moment, electrodes that are used are mostly made from metals and they are rigid. This lack of flexibility can cause inflammation after implantation. So this new generation of flexible conducting electrodes can make a significant difference to bionic applications,” she said. 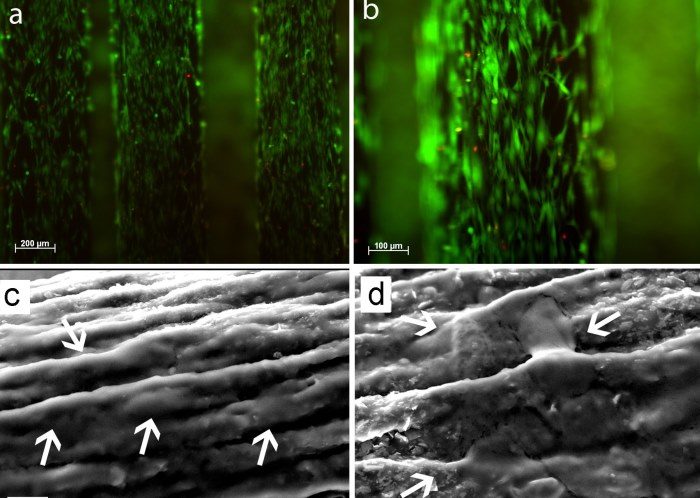 ACES Director Prof Gordon Wallace said these advances are only possible when cell biologists and materials scientists work alongside clinicians to identify challenges and opportunities.

“This is exactly the interdisciplinary environment ACES has cultivated,” he said.